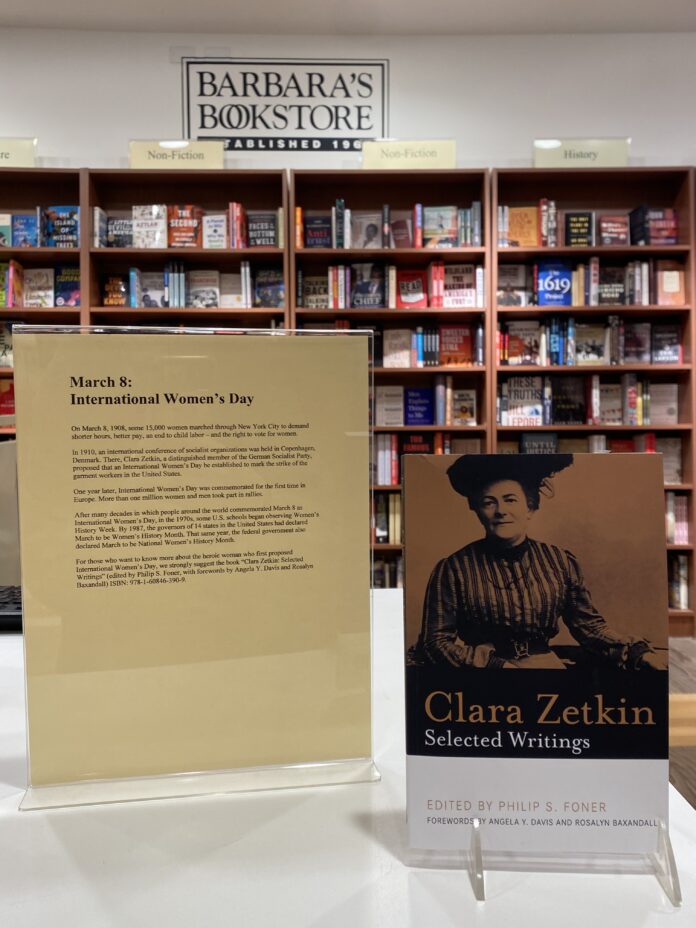 On March 8, 1908, some 15,000 women marched through New York City to demand shorter hours, better pay, an end to child labor – and the right to vote for women.

In 1910, an international conference of socialist organizations was held in Copenhagen,
Denmark. There, Clara Zetkin, a distinguished member of the German Socialist Party,
proposed that an International Women’s Day be established to mark the strike of the
garment workers in the United States.
One year later, International Women’s Day was commemorated for the first time in
Europe. More than one million women and men took part in rallies.
After many decades in which people around the world commemorated March 8 as
International Women’s Day, in the 1970s, some U.S. schools began observing Women’s
History Week. By 1987, the governors of 14 states in the United States had declared
March to be Women’s History Month. That same year, the federal government also
declared March to be National Women’s History Month.
For those who want to know more about the heroic woman who first proposed
International Women’s Day, we strongly suggest the book “Clara Zetkin: Selected
Writings” (edited by Philip S. Foner, with forewords by Angela Y. Davis and Rosalyn
Baxandall) ISBN: 978-1-60846-390-9. BUY HERE

Books for Frontliners at Glenbrook Hospital