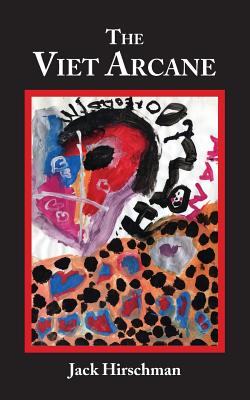 Jack Hirschman died suddenly on August 22 at his home in the North Beach district of San Francisco. He was 87 years old. He died in his sleep, shortly before he was scheduled to take part in a Zoom meeting of the World Poetry Movement, a group of which he had recently been appointed coordinator.

As the sad news spread, expressions of sympathy poured in from around the world — from other poets, former students, and fellow political activists. San Francisco bookstores like City Lights Books and Green Apple Books tweeted their condolences to his family and friends. We at Barbara’s Bookstore also extend our deepest sympathy to his loved ones and compatriots. Jack Hirschman’s death is a loss to all book lovers. He was a brilliant poet, scholar, translator, and advocate for the rights of the dispossessed. He visited Chicago many times, reading at several of the city’s independent bookstores. No one who heard Jack Hirschman read ever forgot his impassioned delivery.

In addition to publishing more than 100 volumes of his own poetry, Hirschman translated over two dozen books from languages including Russian, French, German, Greek, Italian, Spanish, Albanian, Yiddish, Vietnamese, and Creole. He was deeply committed to ensuring that the works of politically controversial poets like Pablo Neruda of Chile, Nazim Hikmet of Turkey, and Rene Depestre of Haiti were available in English in the United States.

Jack Hirschman was born in New York City in 1933 into a Russian Jewish family and grew up in the Bronx. While still a teenager attending the City College of New York, he worked as a copy-editor for the Associated Press. Later he taught at Dartmouth and UCLA. (While teaching English at UCLA, one of Hirschman’s students was Jim Morrison, who would later lead the band The Doors.) Hirschman was fired from UCLA in the 1970s for encouraging his students to resist the draft during the Vietnam War.

In 1973, he moved to San Francisco where he became part of the city’s vibrant literary scene, becoming a close friend of Lawrence Ferlinghetti and the writers around City Lights Books in North Beach.

For decades, Jack Hirschman was a constant presence roaming San Francisco’s streets, cafes, poetry readings, and political rallies – a street poet and political activist. Hirschman served as the assistant editor for the literary journal “Left Curve,” formed the Union of Left Writers in San Francisco and was a founder of the Roque Dalton Cultural Brigade and the Revolutionary Poets Brigade.

In 2006, Hirschman released his most extensive collection of poems – “The Arcanes.” Published in Salerno, Italy by Multimedia Edizioni, “The Arcanes” comprises 126 long poems spanning 34 years.

I first met Jack in the early 1980s. He was always warm, funny, and – despite his tremendous erudition – totally unpretentious. He went out of his way to encourage other writers and artists who had something important to say.

Above all else, Jack Hirschman had a warrior’s spirit, a fierce determination to oppose injustice anywhere in the world. As he himself once wrote: “Poetry is really a weapon. It’s a spiritual weapon for the transformation of the world. And, of course, all my poems are love poems. The nicest thing in the world is to propagandize for love.”

Rest well, Jack.  Others will take up your weapon.
— Chris Mahin

ABOUT HIS BOOK “The Viet Arcane” | BUY BOOK

The Viet Arcane is a poetic vision of the Viet Nam War written in the early 1970’s. It was inspired by a book by René Depestre, A Rainbow for the Christian West, in which a series of poems enacts an invasion by the Vodou Loas – or Haitian gods and goddesses – into the southern and most reactionary part of the United States. Hirschman imagines a similar invasion manifested by Vietnamese Mediums who follow the Dao Mau (the Worship of the Mother) religion. He strives to remind us that the war in Vietnam, although now history, was the major catastrophe of its time and must not be forgotten by future generations.

Laughter is the Best Medicine: 15 Funny Books to Take Your...