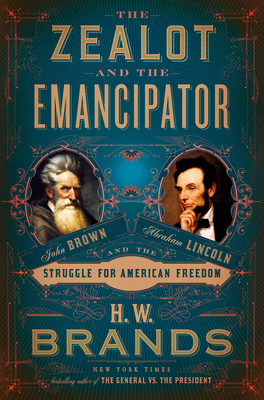 THE ZEALOT AND THE EMANCIPATOR | H. W. Brands | BUY BOOK

H. W. Brands skillfully shifts back and forth between the two men in short, punchy chapters … at least up through Brown’s execution. Then the book is more of a study of Lincoln and his dealings with Brown’s legacy, abolitionists, fellow Republicans, his generals, and Frederick Douglass, the only AfrAmerican with any real role in the book.

The fact that I read it just before, during, and after Election Day 2020 only made it more exciting, enlightening … and frightening. It gave me insight into the possible outcome of Trump’s war on America’s still fledgling … er… democracy.

Two quotes give us the essence of each man:

“I, John Brown, am now quite certain that the crimes of this guilty land will be never be purged away but with blood.” —John Brown, 1859

“Fondly do we hope, fervently do we pray, that this mighty scourge of war may speedily pass away. Yet, if God wills that it continue until all the wealth piled by the bondsman’s two hundred and fifty years of unrequited toil shall be sunk, and until every drop of blood drawn with the lash shall be paid by another drawn with the sword, as was said three thousand years ago, so still it must be said “the judgments of the Lord are true and righteous altogether.” —Abraham Lincoln, 1865

The last quote doesn’t appear until page 386, near the end of H.W. Brands’s 445-page, weighty but breezy tome, “The Zealot and The Emancipator.” History mavens know that those words are from Lincoln’s second inaugural address. To my mind, even though stated in Lincoln’s lawyerly, Shakespearean-biblical construction, they are the most honest words any American president ever said (at least for public consumption).

In fact, I’d say the most powerful point of “The Zealot and the Emancipator” is Brands’s insight that Lincoln, the slow, calculating, deliberately moderate corporate lawyer-politician thought Brown was a … a …. zealot for trying to incite a violent slave rebellion. Brown, the man of few words but deadly action, vs Lincoln, a man of many, many flowery words, but not much action.

But Brands points out that Abe ended up spilling exponentially more blood, presiding over the deadliest war in our history … that ultimately fulfilled John’s crazy scheme of … freeing the slaves. Abe was probably as shocked as anyone that he became known as the “Great Emancipator.”

(Anyone who has read Lerone Bennett Jr.’s “Forced Into Glory” knows how … umm … exaggerated both words may be when held up to a bright light.)

There are many other historical tidbits here.  Brands dabbles in brilliant brushstrokes of insights throughout. One of my favorites is his yanking the covers off the liberal pretensions of New York City.  I think I first learned about the New York Draft Riots in Noel Ignatiev’s revelatory “How The Irish Became White” in 1995. But Brands gave me insight into the “slavery bona fides” of the “whole big rotten apple” that I never fully grasped. Compared to New York, Chicago was Abolition Land.

This book reminds me of another dual biography I read a few years ago … one that covers roughly the same period. It was similarly titled: “The Radical and the Republican” by James Oakes. The radical/zealot in this case is Frederick Douglass; the Republican, Abe Lincoln. In fact, although not getting star billing, Douglass plays a major role in Brands’s new book as well. He knew both Brown and Lincoln. And for me, Douglass, an escaped slave who became one of the leading thinkers and orators in America at the time, is the man to give us the true measure of both his “white” co-stars. His title as radical may be a little much. He seems to be a moderate compared to Brown and a raving madman compared to Lincoln. “The Zealot and the Emancipator” could almost be called a “trio-bio.” Thus the title of this review, “The Zealot, (The Radical), and The Emancipator.”

A blurb on the back of the book sums it up as well as I ever could:

“Frederick Douglass appreciated both Abraham Lincoln, whom he deemed ‘emphatically the black man’s president,’ and John Brown, whose zeal in the cause of black freedom he acknowledged ‘was far greater than mine.’ Similarly, H. W. Brands evenhandedly portrays both of those martyrs to African American freedom as they trod their separate and distinct paths toward the same goal. This volume is a worthy companion to Brands’s earlier biographies of FDR, Benjamin Franklin, and other eminent Americans.” —Michael Burlingame, author of “Abraham Lincoln: A Life”

Btw: Which gives me one more chance to rant about Steven Spielberg’s much acclaimed movie, “Lincoln.” I know some may see this as off the point and off-putting, but I can’t help myself. I was so, so disappointed when I was forced by my family in Las Vegas on Thanksgiving, to sit through a movie that reminded me why I never liked history. In fact, I remember saying it was like paying to sit through a filmed history book. But what really, really burned me was that Spielberg’s Lincoln lesson was not only excruciatingly boring — it was wrong. If my memory serves me correctly, not only was there no major role for Frederick Douglass, his name was not even mentioned.

Brands’s new book shows Douglass’s “catalytic” role in Lincoln’s evolution from a great “nigger joke” teller to “the black man’s president” Burligame quotes Douglass as calling him after he was assassinated.
I even wrote a critique at the time on what was then called The Huffington Post. Just google Lowell Thompson + “Lincoln the Man Was Better Than the Movie” if you want to follow me off even further on this tangent. 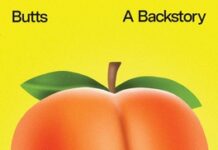 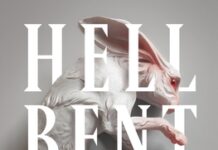 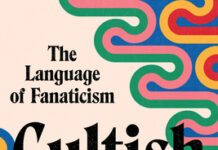