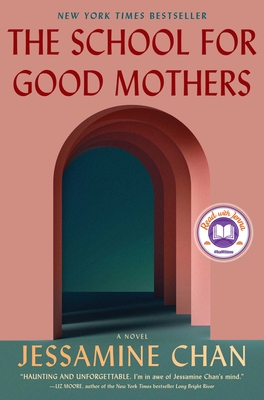 In this recent 2022 release, Jessamine Chan imagines a near future where those deemed to be unfit parents by the state can only regain custody by undergoing treatment at new experimental “schools” for parenting. Recently divorced and mentally strained Frida Liu is sentenced to a year at one of these schools after an episode where she left her one year old daughter, Harriet, unsupervised for two hours. At this mysterious institution, Frida and her fellow “bad mothers” must prove that they have learned from their mistakes and have the capacity to be dedicated and selfless caregivers. However, this proves to be a near-impossible task as the program is rife with backwards values and straight-up dystopian horror.

The school employs tactics of surveillance, indoctrination and control that give Orwell and Foucault a run for their money– and Frida knows she has to play along and keep quiet if she wants her beloved Harriet back. The School for Good Mothers stokes the flames of the modern reader’s fear of authoritarian use of technology and artificial intelligence. This story will have you sympathizing with and rooting for the “bad mothers” despite their ample flaws as they are forced to give up their humanity for a chance to keep their children. Chan’s debut is a great choice for readers looking to be engaged and disturbed until the last sentence.

ABOUT THE BOOK | BUY 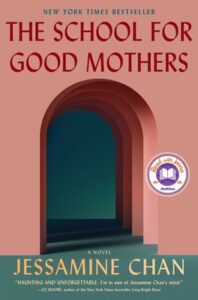 In this taut and explosive debut novel, one lapse in judgement lands a young mother in a government reform program where custody of her child hangs in the balance.

Frida Liu is struggling. She doesn’t have a career worthy of her Chinese immigrant parents’ sacrifices. What’s worse is she can’t persuade her husband, Gust, to give up his wellness-obsessed younger mistress. Only with their angelic daughter Harriet does Frida finally feel she’s attained the perfection expected of her. Harriet may be all she has, but she’s just enough.

Until Frida has a horrible day.

The state has its eyes on mothers like Frida–one’s who check their phones while their kids are on the playground; who let their children walk home alone; in other words, mothers who only have one lapse of judgement. Now, a host of government officials will determine if Frida is a candidate for a Big Brother-like institution that measures the success or failure of a mother’s devotion. Faced with the possibility of losing Harriet, Frida must prove that she can live up to the standards set for mothers–that she can learn to be good.

This propulsive, witty page-turner explores the perils of “perfect” upper-middle-class parenting, the violence enacted upon women by the state and each other, and the boundless love a mother has for her daughter.