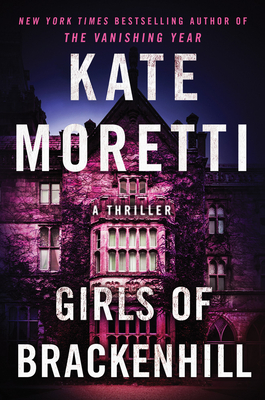 Seventeen years after her sister vanished, Hannah is pulled back into the viper’s nest of crimes and lies that surround her family. A little bit of everything in this one- suspense, teen angst, sibling fighting, and paranormal events. Not to mention that ending!

The Sentinel by Lee Child- Never one to embrace modern technology, Jack Reacher acknowledges its usefulness as well as its dangers. Not only is he the defender and the underdog; this time around, he’s also the villain who caused all of the city’s computers to crash. There’s more than meet the eye in this one.

Newly engaged Hannah Maloney is summoned to her beloved aunt’s storybook mansion in the Catskill mountains because her aunt has been killed in a tragic car accident. Her uncle is gravely ill and at the end of his life. She returns to the castle, the scene of her sister’s mysterious and traumatic disappearance 17 years earlier, only to discover that some family secrets will not stay buried and sometimes old ghosts haunt forever.

“A looming castle, a woman haunted by her sister’s unsolved disappearance, and long buried secrets clawing their way up to the surface—Kate Moretti deftly weaves it all together in a gripping gothic ghost story of the first order. Girls of Brackenhill is full of chills, thrills, and dark surprises. You won’t stop turning the pages until the stunning end—and even then you’ll be sleeping with the lights on. Don’t miss it!” —Lisa Unger, New York Times bestselling author of The Stranger Inside

“A Gothic chiller filled with secrets, lies, and things that go bump in the night. I was riveted from the first page to the last.”
—Riley Sager, New York Times bestselling author of Lock Every Door

Come on Over: 111 Fantastic Recipes for the Family That Cooks,...