VERNON HILLS, IL—Every Tuesday morning, at 10:30, Sharon Callahan grabs a few children’s books, plops into a chair, and begins reading to an eager group of little ones sitting in an area called Wiggly Field at Barbara’s Bookstore in Vernon Hills. Once again, it’s Story Time Tuesday with Sharon.

“I love being in the children’s section because the children are so excited about reading—it’s especially great seeing a young child working out the letters and sounding out a word by themselves; that look of joy and accomplishment in their eyes,” says Sharon.

Last week, Sharon’s penchant for encouraging kids to read, suggesting age-appropriate books to parents, and passionately arranging and re-arranging the children’s book section into appealing displays, paid off. On Thursday, New York Times bestselling author, James Patterson, announced that 500 gifts of $500 each would be handed out for his annual Holiday Bookseller Bonus Program. One-hundred of those gifts were awarded to children’s booksellers, including Sharon Callaghan.

“I’ve said this many times before, but I can’t say it enough: booksellers save lives,” says Patterson. “Children’s booksellers especially—they guide children to books they’ll genuinely enjoy and in turn create a new generation of readers. I’m happy to be able to acknowledge them and the important work they do in any way that I can this holiday season.”

This year, recipients were chosen from a pool of more than 2,500 nominations, with applications based on the question, “Why does this bookseller deserve a holiday bonus?” It was a question easily answered by Georgette Coan, manager of the Barbara’s Bookstore where Sharon works, and one of three co-workers who nominated her.

“Sharon’s commitment to children’s books is unequivocal and extends to her interactions with coworkers and customers,’ says Coan. “She greets every single person in that section personally and enthusiastically, and spends a lot of quality time finding the right selection for them.”

Sharon began working at Barbara’s Bookstore at Hawthorn Mall, in Vernon Hills, in November 2018. She was part of a newly-hired staff tasked with opening a new 29,000 square-foot bookstore in just 21 days in an effort to catch the start of the holiday season. Prior working at Barbara’s she helped to coordinate Scholastic Book Fairs at her children’s school. Before becoming a parent, Sharon was a portrait photographer working with children and young families.

An avid reader from a young age, and the youngest of eight children, her home library was quite eclectic and filled different genres, allowing her to develop a love of many different books and appreciate what each one had to offer.

“I have always loved books, and children, and the opportunity to work in Barbara’s children’s section has allowed me to spend time with two things that I really love,” she says. “Helping a child find the perfect book is the highlight of my day.”

The James Patterson Holiday Bonus Program is administered by Patterson and the American Booksellers Association, which represents the country’s independent bookstores. Patterson has donated millions of dollars in recent years to bookstores, school libraries, and literacy programs and given more than $1 million to individual booksellers over the past six years. 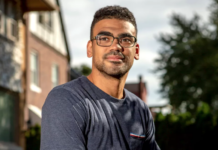 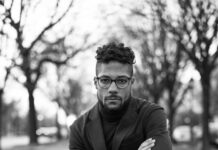 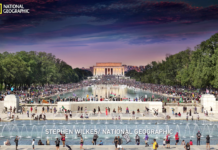 Kirkus Review: National Geographic’s “America the Beautiful” Pays Homage to the Beauty of the U.S.