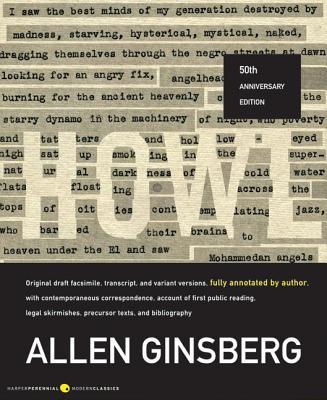 On January 10, 2022, Art Speigelman’s Maus was removed from an entire Tennessee school district’s curriculum due to parental complaints regarding its obscene content and foul language. The board’s vote for Maus’ removal has sparked controversy and started conversations across the country about obscenity and the power of vulnerable narratives. Barbara’s Bookstore employee Sophia Speranza shares and reflects upon her personal experience with this type of censorship (and its impact) below:

Annie told me to take a shot of Jameson after each line of her favorite poem. It was the beginning of my senior year of high school, and Annie invited me over for a sleepover. She read me Howl by Allen Ginsberg, and I vomited before she finished the second page.

I didn’t understand what the poem meant. I didn’t know poems could look, sound, and feel like Howl. The following Monday morning, I heard fragmented lines of Howl as I walked to home room in Bexley, a small (but wealthy) suburb of Columbus, Ohio: “…lost battalion of platonic conversationalists…

I liked the way the poem sounded. I was attracted to the fierceness of Ginsberg’s words, but I didn’t know how to articulate or understand that attraction. I didn’t know poetry like this existed.

I went to my high school library soon after the sleepover to look for a copy of Howl and was puzzled to find no Allen Ginsberg or any other Beatnik poets’ work on the shelves. I asked the librarian, Mr. Nolan, to help me find Howl. To my surprise, Mr. Nolan reluctantly handed me an Allen Ginsberg poetry anthology from a stack of books behind his desk. He told me I’d usually need a parent’s signature to check out this book due to its obscene content, but that because I was a senior, I could take it without formally checking it out. This was the first time I had ever been denied a book, and it was in my very own high school; a place in which I’d spent almost four years growing up, learning, and reflecting. I felt cheated.

In Howl, Ginsberg confronts the inherent oppression present in our society in a blunt and unfiltered way, using language as a tool for both self-expression and rebellion. Themes of violence and war, sexual identity and fluidity, poverty and privilege, drug addiction, the rise of technology and machines, and religion are all present in Howl.

In 1956, topics like these were rarely discussed openly, let alone published and mass-produced for wide audiences. Ginsberg’s openness angered and scared the general public; in 1957, Howl was reviewed in court after its public release at City Lights Bookstore in San Francisco:

“After a long trial in which poets, critics, and academics testified to the redeeming social value of Howl, it was ruled not obscene and City Lights was exonerated…Howl is a rage against conformity, inhibition, censorship, Puritanism, and everything else that restricts and limits the realization of one’s true self. It is both a howl of defeat from a living hell and a howl of defiant laughter.”

ABOUT THE BOOK | BUY HERE

First published in 1956, Allen Ginsberg’s Howl is a prophetic masterpiece an epic raging against dehumanizing society that overcame censorship trials and obscenity charges to become one of the most widely read poems of the century. This annotated version of Ginsberg’s classic is the poet’s own re-creation of the revolutionary work’s composition process as well as a treasure trove of anecdotes, an intimate look at the poet’s writing techniques, and a veritable social history of the 1950s.