Carmichael’s Bookstore opened on Bardstown Road in Louisville in 1978. In that pre-boomtown year, it was a desolate location. A former music record store, it took months before customers realized it wasn’t still selling LPs and 45s.

Carol and Michael—Carmichael’s—moved home to Louisville from Chicago after working for Barbara’s Bookstores for many years. Carol Besse was a treasured Barbara’s manager. Her then boyfriend, Michael Boggs, kept our books.

Carmichael’s has grown into Louisville’s best known and beloved independent bookstore, with three locations. It has been named Independent Bookseller of the Year by the American Booksellers Association, and I think of it as a grandchild of Barbara’s.

Jan Bailey, my wife and partner, was the one who named Carmichael’s. The four of us had become close and lifelong friends. So we helped open C&M’s first store, travelled the world together, attended their outdoor wedding where we got stoned on marijuana brownies, and helped in the first days after the birth of Miranda, now the successor owner of Carmichael’s. Miranda was a “preemie,” smaller than seemed possible.

This is a story I suspect Miranda does not like, but it is one of my life’s proudest moments. Miranda was too small for existing diaper covers. I went to the grocery store, bought plastic sandwich bags, cut the corners, slipped them over Miranda’s pencil-thin legs, and the leakage problem was solved.

Over the years, we exchanged Christmas gifts. Jan and I always received a box of delicious Florida grapefruits. Jan refused to let C&M know that she had developed an allergy to citrus. At some point, I spilled the beans, and the grapefruit gift stopped. I missed them and asked for more. Once again, and until this past Christmas, they arrived each December.

It is the only time I ever eat grapefruit. One of the two or three dozen is eaten every day until gone. Then I wait for the year to end.

This year, the grapefruits did not arrive. I was disappointed and worried. Thankfully, in late January I came home from a weeklong trip, and they were here. Luscious, each was wrapped in its own compartment. Today I ate the fourth. You can count to the date when they will be gone. I never share.

Thanks and love to you both. 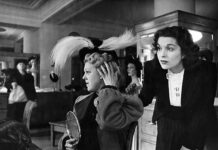 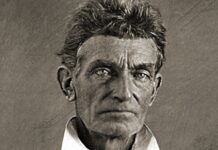