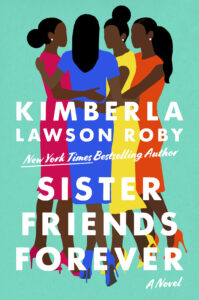 Diane, Michelle, Kenya, and Lynette have known each other since they were small children. They grew up in different neighborhoods, but they also grew up in the same church (which is how they first met), and while they each attended different colleges, they never lost touch with each other. So much so, they regularly planned trips to come home on the same weekends, and outside of time spent with their family and dating, they enjoyed all their summers together as well.

Now many years later, at age forty, they are still best friends forever and they meet for lunch on the first Saturday of every month, but their lives couldn’t be more different.

ABOUT “Casting the First Stone” 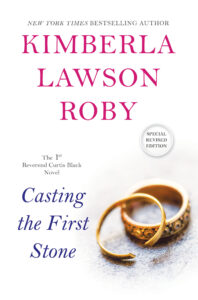 Tanya Black has everything a woman could want: a fulfilling career, a beautiful daughter, an elegant home, and a handsome, charismatic husband who is pastor of a prominent Baptist church. And yet, none of it can hide the growing turbulence in her marriage.

Her husband, Reverend Curtis Black, once a loving, devoted, and passionate partner, has grown remote, and Tanya is thrown into doubt about what she once cherished. When she uncovers disturbing truths, confirming scandalous rumors about Curtis, she questions all that she’s ever believed in. But it is when Tanya is dealt the worst kind of betrayal a woman can face that her life is changed forever. Plunged into a bittersweet journey of discovery, she finds herself learning painful new lessons about love, loyalty—and sensual temptation—and is forced to make some very hard decisions for her daughter, herself, and her future.

ABOUT “A Christmas Prayer” 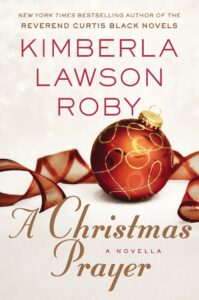 Every December she remembers the joy her mother brought to everyone during the holiday season and feels the pain of her absence, even more so now that she and her sister are barely speaking. More than anything, Alexis wishes her family could be whole again.

However, with her wedding fast approaching, Alexis might just be ready to make some holiday memories with a family of her own. Alexis’s fiance, Chase Dupont, is everything she ever dreamed of. He’s kind, handsome, fully supportive of Alexis’s career, and the CEO of a large company. But outside forces threaten to derail this happy couple from ever reaching the altar. As tensions rise, a dramatic event causes Alexis to question everything.

Will fate give her what she needs to finally embrace the season that has brought her so much pain? Will Alexis get her wish for a happy holiday? Or will her Christmas prayer go unanswered?

ABOUT “The Woman God Created You to Be” 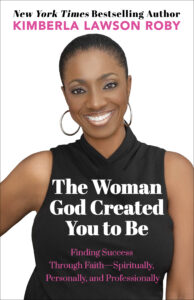 Kimberla Lawson Roby admits that for years, she wasn’t being the real woman God created her to be. Yes, she has always loved God and tried her best to honor Him, but what she eventually discovered was that building and maintaining her own personal relationship with God–and making Him her top priority–was the key to finding joy in all areas of her life. Now, in The Woman God Created You to Be, Kimberla has bravely–and transparently–written about her flaws, fears, and failures, as well as her faith, courage, and successes. From experiencing divorce to marrying her soulmate of twenty-nine years…from hopelessly searching for the perfect job to becoming a New York Times bestselling author…from suffering in silence with anxiety to concentrating on self-care…from struggling with the loss of her mom to finding strength, comfort, peace. and understanding–Kimberla takes you on a journey that will help you do the following: Become the Best Spiritual You (Seven Days Per Week); Become the Best Personal You (Mentally, Emotionally, and Physically); Become the Best Professional You (Without Jeopardizing Your Faith). Kimberla reminds us that when we trust and depend on God–heart, mind, and soul–He will empower us to do more than we ever thought imaginable. He will help us see that we are more than enough, and that He has already given us everything we need to become the women He created us to be–spiritually, personally, professionally…and beyond. 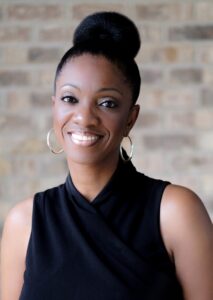 Kimberla Lawson Roby is a New York Times Best-Selling Author, Speaker, and Podcast Host. She has published 29 books, including her faith-based nonfiction title, THE WOMAN GOD CREATED YOU TO BE: Finding Success Through Faith – Spiritually, Personally, and Professionally and her novels, SISTER FRIENDS FOREVER, A CHRISTMAS PRAYER, and CASTING THE FIRST STONE, and she has a strong passion for helping women become the best they can be in all areas of their lives. Kimberla has sold more than 3 million copies of her books, she is the 2013 NAACP Image Award Winner for Outstanding Literary Work – Fiction, and in 2020, she was named by USA Today as one of the 100 black novelists you should read. Kimberla has been featured in numerous magazines and newspaper publications, such as The New York Times, Chicago Tribune, Essence, Ebony, upscale, Writer’s Digest and The Writer to name a few. Also, after receiving numerous rejection letters for her first novel from both literary agents and publishers, Kimberla founded her own company Lenox Press, and it was then, that she self-published her debut title, BEHIND CLOSED DOORS. Kimberla resides in Illinois with her husband, Will.