If you’re expecting an unbiased take on anything to do with “A River Runs Through It,” I should disclose that my son’s middle name is “Maclean.” This is not some cute happenstance. We named him after the author whose novella about fly-fishing and Montana transformed both.

To me, Norman Maclean’s book, more poetry than narrative, is a triumph of American literature. Only my wife’s good sense kept his surname from higher billing on the boy’s birth certificate.

His son, John N. Maclean, is also an author, and his latest book, “Home Waters,” is a lyrical companion to his father’s classic, chronicling their family’s history and bond with Montana’s Blackfoot River. His storytelling — from the fishing with his dad to the life and death of his Uncle Paul — is reliable, elegant and charming.

After a 30-year career as a journalist, mostly as a correspondent for the Chicago Tribune in D.C., the younger Maclean took to writing well-received nonfiction about wildfires in the American West. He hadn’t considered a family memoir. … continued 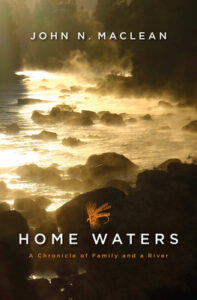 In the spirit of his father’s beloved classic A River Runs Through It comes a gorgeous chronicle of a family and the land they call home: Home Waters is John N. Maclean’s meditation on fly fishing and life along Montana’s Blackfoot River, where four generations of Macleans have fished, bonded, and drawn timeless lessons from its storied waters.

“The trout completed its curve in an undulating, revelatory sequence. A greenish speckled back and a flash of scarlet on silver along its side marked it as a rainbow. One slow beat, set the hook … in those first seconds I felt a connection to a fish of great size and power.

So begins John N. Maclean’s remarkable memoir of his family’s century-long love affair with Montana’s majestic Blackfoot River, which his father, Norman Maclean, made legendary. Now himself past the age that his father published his bestselling novella, Maclean returns annually to the simple family cabin that his grandfather built by hand, still in search of the fish of a lifetime. When he hooks it at last, decades of longing promise to be fulfilled, inspiring John, reporter and author, to finally write the story he was born to tell.

A book that will resonate with everyone who feels deeply rooted to a place, Home Waters is chronicle of a family who claimed a river, from one generation to the next, of how this family came of age in the 20th century and later as they scattered across the country, faced tragedy and success, yet were always drawn back to the waters that bound them together. Here are the true stories behind the beloved characters fictionalized in A River Runs Through It, including the Reverend Maclean, the patriarch who introduced the family to fishing; Norman, who balanced a life divided between literature and the tug of the rugged West; and tragic yet luminous Paul (played by Brad Pitt in Robert Redford’s film adaptation), whose mysterious death has haunted the family and led John to investigate his uncle’s murder and reveal new details in these pages.

A universal story about the power of place to shape families, and a celebration of the art of fishing, Maclean’s memoir beautifully portrays the inextricable ways our personal histories are linked to the places we come from–our home waters. 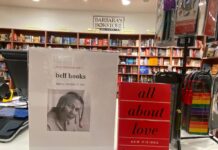 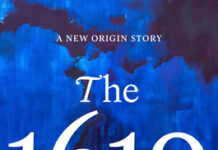 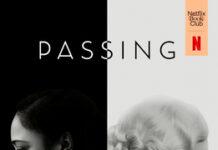