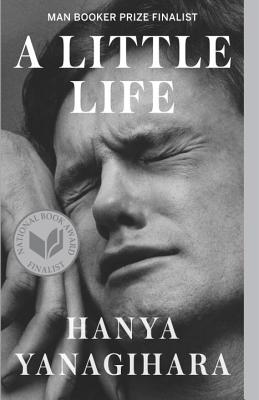 This book follows four friends from their time living together in a college dorm to well into their adult years. The tragic yet beautiful story deals with how past traumas can affect one’s relationships and the difficulties one can face when trying to help a friend who is clearly struggling.

A Little Life deals with very serious subjects, and I would not recommend the book to those sensitive to reading about abuse or self harm/ suicide.

ONE OF THE BEST BOOKS OF THE YEAR

A Little Life follows four college classmates–broke, adrift, and buoyed only by their friendship and ambition–as they move to New York in search of fame and fortune. While their relationships, which are tinged by addiction, success, and pride, deepen over the decades, the men are held together by their devotion to the brilliant, enigmatic Jude, a man scarred by an unspeakable childhood trauma. A hymn to brotherly bonds and a masterful depiction of love in the twenty-first century, Hanya Yanagihara’s stunning novel is about the families we are born into, and those that we make for ourselves.

A fourth-generation resident of Hawaii, Hanya Yanagihara was born in Los Angeles, California. Her father, hematologist/oncologist Ronald Yanagihara, is from Hawaii and her mother was born in Seoul. Yanagihara is partly of Japanese descent through her father. She attended Punahou High School in Hawaii.

Hanya Yanagihara won the Kirkus Prize for her second novel, 2015’s A Little Life, a sweeping tale of male bonding and childhood trauma. A 1995 graduate of Smith College, Yanagihara settled in Manhattan and worked as a publicist and then a travel writer. Still an editor with T: The New York Times Style Magazine, she published her first novel in 2013. Although it didn’t sell all that well, The People in the Trees earned critical praise for its audacity and depth of emotion. Yanagihara has said it took 18 years to write her first novel, and 18 months to write her second. A Little Life became a late summer hit in 2015, and was named as a finalist for the Man Booker Prize and the National Book Award.