My daughter’s first word was ‘dada.’ Her second word was ‘book.’ Barbara’s Bookstore was her playground.

As a toddler, among her favorite books were Three Little Kittens and Frog & Toad Are Friends. She started in Montessori at age two-and-a-half. By age three she could read by herself. She kept this new skill a secret from her parents, however. We did not know until we took her to an art exhibition on Navy Pier and she read the captions to us – Vase with Roses, City at Midnight. We were speechless.

By three-and-a-half, she wanted to write books. Writing with a pen was too slow and painful, so we bought her a tiny typewriter. Among her published works (copied and stapled into books) were a version of Frog and Toad, as well as a collection of short pieces entitled Men Named George.

Now, my daughter has two boys, seven and five. The seven-year-old pitches in at the store, breaking down boxes interspersed with grabbing books off the shelf. He finds Dog Man achingly funny. He likes biographies of basketball players, too. The five-year-old is obsessed with the alphabet. He spends a great deal of his time arranging large rubber letters into words. He will sit and read with utter concentration.

Our own neverending story. 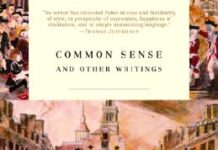 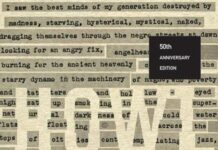