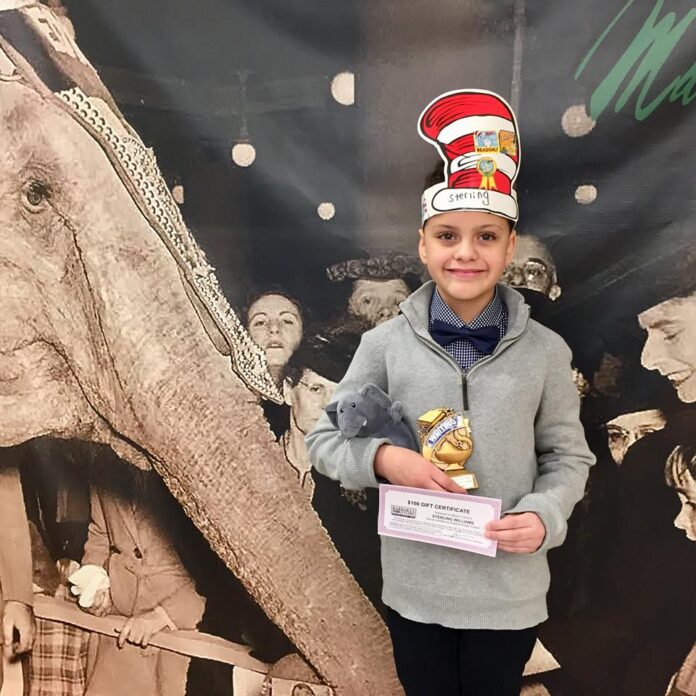 CHICAGO, IL—Sterling Williams, a second-grader at Locke Elementary School, won our recent Eddie the Elephant Essay Contest which centered around the themes of elephant conservation and kindness toward animals. Sterling received a $100 Barbara’s Bookstore gift certificate, trophy, and books about elephants and animals.

The event took place at 1PM on Saturday, March 2nd at Barbara’s on State Street. That day that also happened to be the birthday of Dr. Theodor Seuss Geisel. Kids who came to celebrate received a Green Eggs and Ham book and a paper Cat in the Hat headband.

“Sterling is a pleasure to have in the classroom,” says Carol Brammer his second-grade teacher, “and he enjoys learning new things.”

Sterling, who loves math and science, lives with his mom in Chicago where he has a large family also living in the city. Other family members live in Ozona, Texas where he spends some of his summers. Sterling loves organic apples and organic bell peppers. He enjoys karate (has a blue belt), Legos, and loves his cousins’ dogs, Clint and Cody. 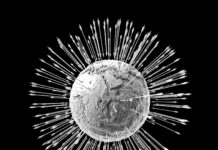 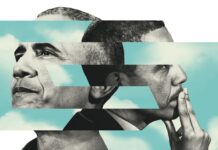 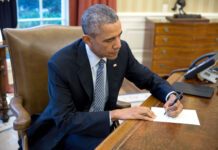 Laughter is the Best Medicine: 15 Funny Books to Take Your...