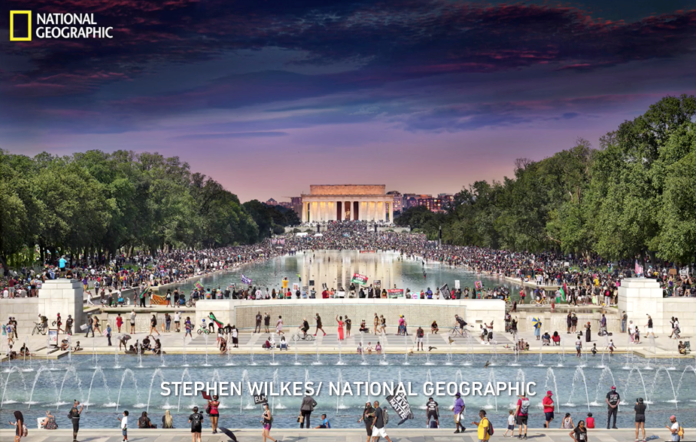 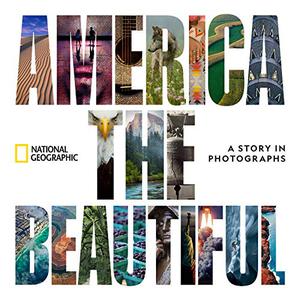 Aphotographic homage to the natural and cultural treasures of the U.S.

This magnificent collection of images was culled from the “more than 20 million photographs from the extensive National Geographic archives and spans more than 100 years of the country’s history.” In the foreword, Harvard historian and New Yorker contributor Jill Lepore, whose 2018 book, These Truths, was an excellent one-volume history of the U.S., reflects on the life and travels of American writer and professor Katharine Lee Bates, the author of the lyrics to the titular song, which contains “echoes of Whitman.”

Organized by region—the West and Pacific, East and Mid-Atlantic, South & Caribbean, and Midwest and Central Plains—the collection also includes tributes from prominent citizens from a wide variety of backgrounds, including Barack Obama (“what’s best in me, and what’s best in my message, is consistent with the tradition of Hawaii”), Cal Ripken Jr., Benicio Del Toro, Maya Rudolph, Jewel, John Mellencamp, James Earl Jones, and Tom Brokaw (South Dakota was where I was born and where I’ll be buried”)… more

On a similar note, WGN interviewed Whitney Johnson, Vice President of Visuals and Immersive Experiences at National Geographic about the magazine’s year-ender issue featuring 2020 in “The Year in Pictures.” Click below to see the interview.

National Geographic’s “The Year in Pictures”