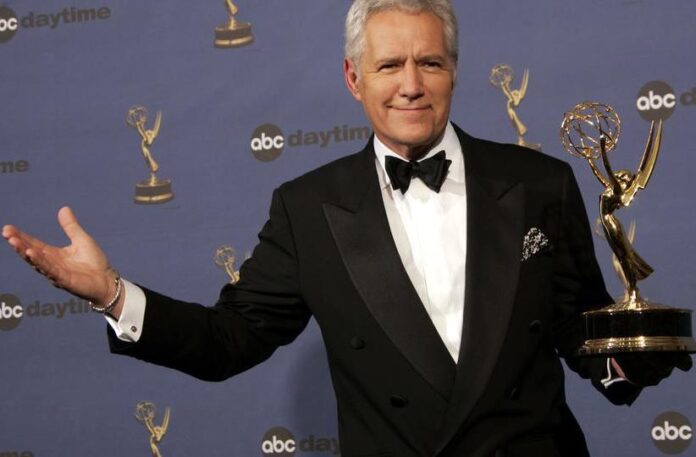 For decades, millions have enjoyed answering questions posed by host Alex Trebek in JEOPARDY!—the syndicated America’s Favorite Quiz Show® which debuted in 1984. According to the show, Trebek is considered one of television’s most enduring and iconic figures, engaging millions of viewers worldwide with his impeccable delivery of “answers and questions.”

“I think what makes Jeopardy! special is that, among all the quiz and game shows out there, ours tends to reward and encourage learning,” says Trebek.

This week, his new memoir, The Answer Is… sits in the #2 slot in hardback non-fiction behind Mary Trump’s tell-all book about her uncle, President Donald Trump. In New York Times ‘Books of the Times’, Parul Sehgal writes, “It’s little wonder that Trebek has written a memoir of consummate caginess, one of the wariest I’ve read…” MORE 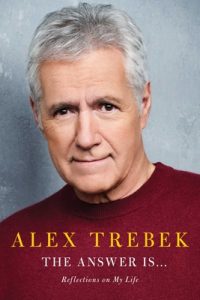 Since debuting as the host of Jeopardy! in 1984, Alex Trebek has been something like a family member to millions of television viewers, bringing entertainment and education into their homes five nights a week. Last year, he made the stunning announcement that he had been diagnosed with stage four pancreatic cancer. What followed was an incredible outpouring of love and kindness. Social media was flooded with messages of support, and the Jeopardy! studio received boxes of cards and letters offering guidance, encouragement, and prayers.

For over three decades, Trebek had resisted countless appeals to write a book about his life. Yet he was moved so much by all the goodwill, he felt compelled to finally share his story. “I want people to know a little more about the person they have been cheering on for the past year,” he writes in The Answer Is…: Reflections on My Life.

The book combines illuminating personal anecdotes with Trebek’s thoughts on a range of topics, including marriage, parenthood, education, success, spirituality, and philanthropy. Trebek also addresses the questions he gets asked most often by Jeopardy! fans, such as what prompted him to shave his signature mustache, his insights on legendary players like Ken Jennings and James Holzhauer, and his opinion of Will Ferrell’s Saturday Night Live impersonation. The book uses a novel structure inspired by Jeopardy!, with each chapter title in the form of a question, and features dozens of never-before-seen photos that candidly capture Trebek over the years.

This wise, charming, and inspiring book is further evidence why Trebek has long been considered one of the most beloved and respected figures in entertainment.

Health Your Self: What’s Really Driving Your Care and How to...