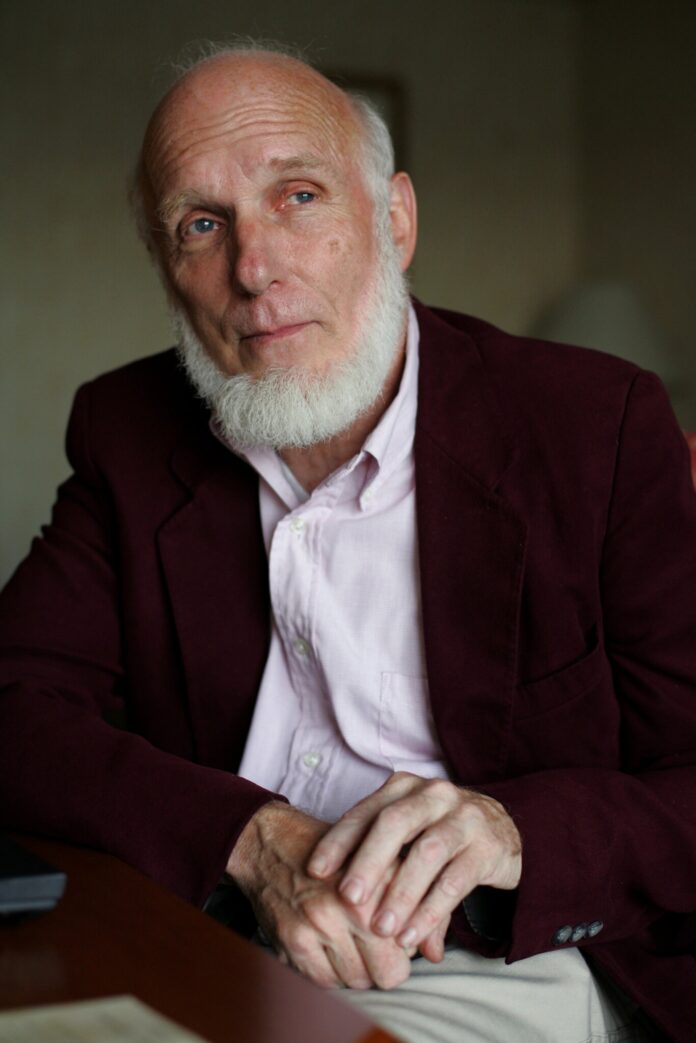 James W. Loewen, a sociologist and civil rights champion who took high school teachers and textbook publishers to task for distorting American history, particularly the struggle of Black people in the South, by oversimplifying their experience and omitting the ugly parts, died on Thursday in Bethesda, Md. He was 79.

His death, in a hospital, was confirmed by Ellen Adler, his publisher at the New Press, who said he died after an unspecified “long illness.”

“Those who don’t remember the past are condemned to repeat the 11th grade,” Dr. Loewen wrote in “Lies My Teacher Told Me: Everything Your American History Textbook Got Wrong” (1995), the best known of his dozen books attacking historical misconceptions.

Dr. Loewen was a relentless contrarian who challenged anyone who imagined academic life as a passage through genteel lectures on settled matters for drowsy students on leafy campuses. He charged through history like a warrior, dismantling fictions and exposing towns for excluding minorities; teachers and historians for dumbing lessons down; and defendants in 50 class-action lawsuits who, according to his expert testimony, victimized people in civil rights, voting rights and job discrimination cases…continued 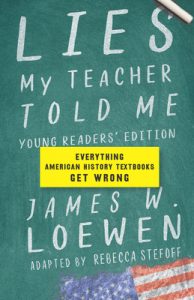 Now adapted for young readers ages 12 through 18, the national bestseller that makes real American history come alive in all of its conflict, drama, and complexity

Lies My Teacher Told Me is one of the most important–and successful–history books of our time. Having sold nearly two million copies, the book won an American Book Award and the Oliver Cromwell Cox Award for Distinguished Anti-Racist Scholarship. Now Rebecca Stefoff, the acclaimed nonfiction children’s writer who adapted Howard Zinn’s bestseller A People’s History of the United States for young readers, makes Loewen’s beloved work available to younger students.

Essential reading in our age of fake news and slippery, sloppy history, Lies My Teacher Told Me: Young Readers’ Edition cuts through the mindless optimism and outright lies found in most textbooks that are often not even really written by their “authors.” Loewen is, as historian Carol Kammen has said, the history teacher we all should have had. Beginning with pre-Columbian history and then covering characters and events as diverse as the first Thanksgiving, Helen Keller, the My Lai massacre, 9/11, and the Iraq War, Loewen’s lively, provocative telling of American history is a “counter-textbook that retells the story of the American past” (The Nation).

This streamlined young readers’ edition is rich in vivid details and quotations from primary sources that poke holes in the textbook versions of history and help students develop a deeper understanding of our world. Lies My Teacher Told Me: Young Readers’ Edition brings this classic text to a new generation of readers (and their parents and teachers) who will welcome and value its honesty, its humor, and its integrity.