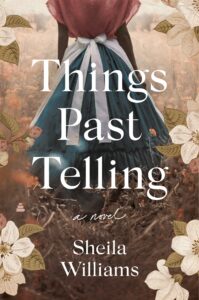 Things Past Telling is a remarkable historical epic that charts one unforgettable woman’s journey across an ocean of years as vast as the Atlantic that will forever separate her from her homeland.

Born in West Africa in the mid-eighteenth century, Maryam Prescilla Grace–a.k.a “Momma Grace” will live a long, wondrous life marked by hardship, oppression, opportunity, and love. Though she will be “gifted” various names, her birth name is known to her alone. Over the course of 100-plus years, she survives capture, enslavement by several property owners, the Atlantic crossing when she is only eleven years of age, and a brief stint as a pirate’s ward, acting as both a spy and a translator.

Maryam learns midwifery from a Caribbean-born wise woman, whose “craft” combines curated techniques and medicines from African, Indigenous, and European women. Those midwifery skills allow her to sometimes transcend the racial and class barriers of her enslavement, as she walks the razor’s edge trying to balance the lives and health of her own people with the cruel economic mandates of the slave holders, who view infants born in bondage not as flesh-and-blood children but as investment property.

Throughout her triumphant and tumultuous life Maryam gains and loses her homeland, her family, her culture, her husband, her lovers, and her children. Yet as the decades pass, this tenacious woman never loses her sense of self.

Inspired by a 112-year-old woman the author discovered in an 1870 U.S. Federal census report for Ohio, loosely based on the author’s real-life female ancestors, spanning more than a hundred years, from the mid-eighteen-century to the end of America’s Civil War, and spanning across the globe, from what is now southern Nigeria to the islands of the Caribbean to North America and the land bordering the Ohio River, Things Past Telling is a breathtaking story of a past that lives on in all of us, and a life that encompasses the best–and worst–of our humanity. 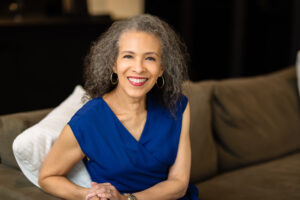 Sheila Williams is the author of The Secret Women, Dancing on the Edge of the Roof, On the Right Side of a Dream, The Shade of My Own Tree and Girls Most Likely.

She is a contributor to an anthology entitled A Letter For My Mother, compiled and edited by Nina Foxx. She has been commissioned as the librettist for Fierce, an original opera from the Cincinnati Opera’s 100th season in 2020. It will be premiering in July 2022. 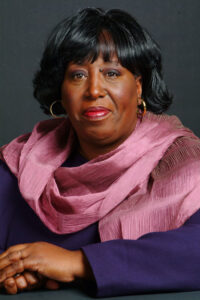 Gwen Osborne is an avid reader who began her professional journalism career reviewing books for the Detroit Free Press.

Since then she has written about books, authors and the publishing industry for a variety of print and online publications.

From 1999 to 2007, she served as a contributing editor of Black Issues Book Review where she wrote about audiobooks, the romance genre and trends in bookselling via the “Market Buzz” section.

Her work has appeared in several other publications, including Library Journal, The Crisis, Book Magazine, Audiofile and The Mystery Reader.