Into The Mist | P.C Cast

ABOUT INTO THE MIST 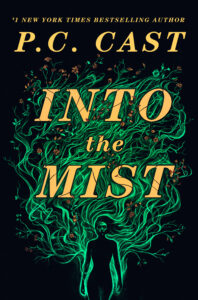 The Power meets The Stand in this gripping take on female power and the inevitable, destructive path of violent patriarchies. As men fall to the mist, the age of womankind begins to rise. The world as we know it ends when an attack on the U.S. unleashes bombs that deliver fire and biological destruction. Along with sonic detonations and devastating earthquakes, the bombs have also brought the green mist. If breathed in, it is deadly to all men–but alters the body chemistry of many women, imbuing them with superhuman abilities. A group of high school teachers heading home from a conference experiences firsthand the strength of these new powers. Mercury Rhodes is the Warrior, possessing heightened physical powers. Stella Carver is the Seer, with a sixth sense about the future. Imani Andrews is the Watcher, with a rare connection to the earth. Karen Gay is the Priestess, demonstrating a special connection with Spirits. And Gemma Jenkins is the Healer, a sixteen-year-old student who joins the group after losing her parents. As they cross the Pacific Northwest, trying to find a safe place to ride out the apocalypse, the women soon learn they can’t trust anyone, and with fresh danger around every corner, it will take all their powers to save themselves–and possibly the world. With timely commentary on power and community, Into the Mist delivers a thrilling and fantastical feminist future. 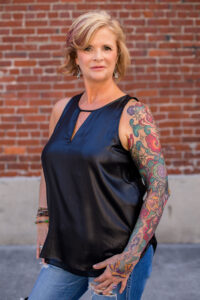 P. C. Cast is a #1 New York Times and #1 USA Today bestselling author who has more than twenty million books in print in over forty countries. She is a proud member of the Oklahoma Writers Hall of Fame and is the author of the wildly popular House of Night series, as well as many other YA, fantasy and paranormal romance books. P.C. splits her time between her beloved Tulsa, Oklahoma and the Pacific NW.

ABOUT A GAME OF RETRIBUTION | BUY 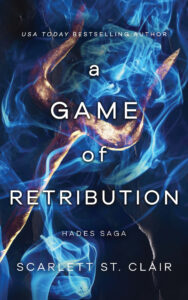 Become enchanted by the fantasy world of gods and mortals in bestselling author Scarlett St. Clair’s reimagined New Greece. Readers are hopelessly addicted to the story of Hades and Persephone told from Hades’s point of view. Hades, God of the Dead, does not take sides or bend the rules. He makes no exceptions to these values–not for god or mortal, even his lover, Persephone, Goddess of Spring. Usually, fear prevents retaliation. But not this time. When Hera, Goddess of Women, approaches Hades with a plan to overthrow Zeus, he declines to offer help. As punishment, Hera sentences Hades to perform a series of labors. Each feat seems more impossible than the last and draws his attention away from Persephone–whose own tragedy has left her questioning whether she can be Queen of the Underworld. Can Hades maintain the balance he craves? 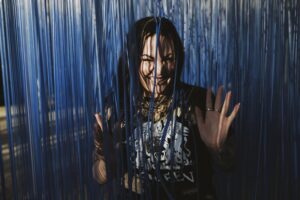 SCARLETT ST. CLAIR is the bestselling author of the HADES X PERSEPHONE SAGA, the HADES SAGA, KING OF BATTLE & BLOOD, and WHEN STARS COME OUT. She has a Master’s degree in Library Science and Information Studies and a Bachelors in English Writing. She is also a proud citizen of the Muscogee Nation. She is obsessed with Greek Mythology, murder mysteries, and the afterlife. Scarlett is based in Oklahoma City, Oklahoma.