For the first time ever, book tour is happening at Daniel’s house and you are invited via Crowdcast to join him live!

The event will include a peek behind the scenes at where Daniel works —  where he keeps all those yellow legal pads and just how he sharpens his secret stash of pencils.

Best of all, Daniel will be ready and waiting to answer your questions about THE ORDER. And you never know, Gabriel and Chiara may just make a surprise visit in his kitchen. To join us, please purchase a copy of THE ORDER here.  Once you make your purchase you will receive the confirmation for your purchase which will include a link and password to register for this special event on Crowdcast.

Daniel is disappointed he is not able to see you all in person this year, but with Covid-19 the most important thing is for everyone to stay safe. The silver lining is he thrilled to “meet” readers who live in places he doesn’t usually get to visit.

THE ORDER
The book is a long-suppressed gospel that calls into question the accuracy of the New Testament’s depiction of one of the most portentous events in human history. For that reason alone, the Order of St. Helena will stop at nothing to keep it out of Gabriel’s hands. A shadowy Catholic society with ties to the European far-right, the Order is plotting to seize control of the papacy. And it is only the beginning.

DANIEL SILVA
Silva knew from a very early age that he wanted to become a writer, but his first profession would be journalism. Born in Michigan, raised and educated in California, he was pursuing a master’s degree in international relations when he received a temporary job offer from United Press International to help cover the 1984 Democratic National Convention in San Francisco. Later that year Silva abandoned his studies and joined UPI fulltime, working first in San Francisco, then on the foreign desk in Washington, and finally as Middle East correspondent in Cairo and the Persian Gulf. In 1987, while covering the Iran-Iraq war, he met then-NBC Today National Correspondent Jamie Gangel and they were married later that year. Silva returned to Washington and went to work for CNN and became Executive Producer of its talk show unit including shows like Crossfire, Capital Gang and Reliable Sources. 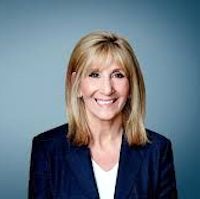 JAMIE GANGEL | MODERATOR
An award-winning veteran correspondent, Gangel joined CNN in August 2015. Prior to that, she had been at NBC News since 1983 and spent nearly two decades as National Correspondent for TODAY, covering issues from popular culture to hard news. Gangel was born and raised in New York City. She attended The Dalton School, graduated from the School of Foreign Service at Georgetown University and studied international economics at Harvard University.

Wonderful World-building in YA with Amanda Foody, Christine Lynn Herman, and Rory Power

An event every month that begins at 7:00 pm on day First of the month, repeating until October 7, 2020