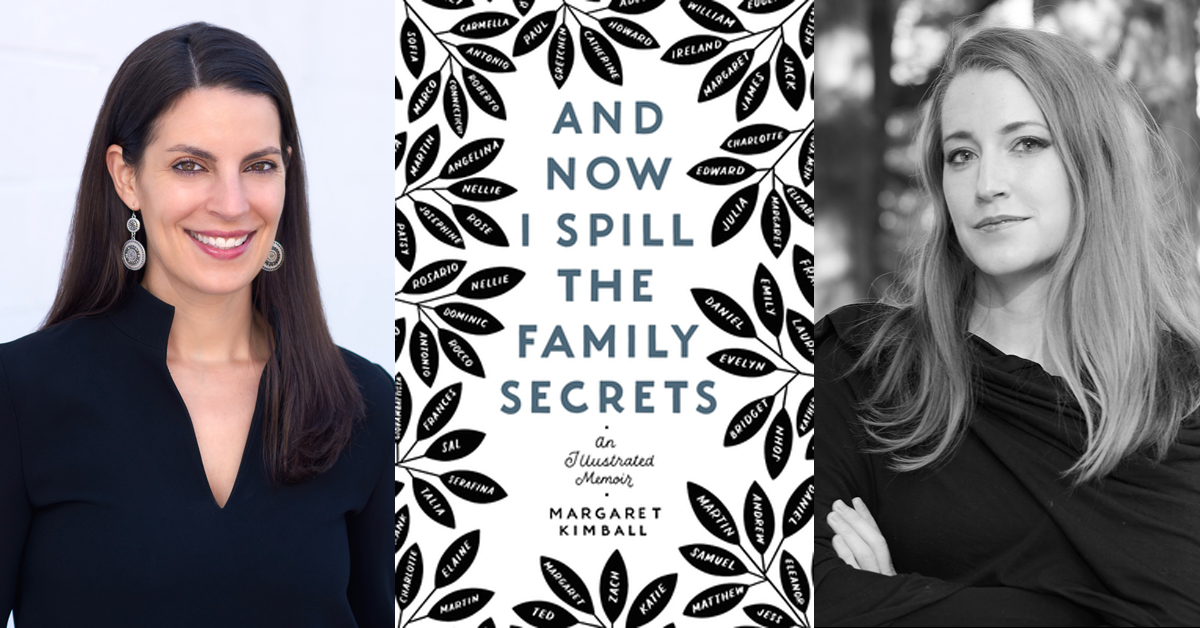 In the spirit of Alison Bechdel’s Fun Home and Roz Chast’s Can’t We Talk About Something More Pleasant?, a beautifully illustrated black-and-white memoir that empathetically explores a family’s history with bipolar disorder and schizophrenia, and one woman’s quest to find healing.

Margaret Kimball’s visceral graphic memoir explores the state and stages of a woman’s life, including motherhood, marriage, divorce, and mental health. And Now I Spill the Family Secrets begins when she learns of her mother’s suicide attempt thirty years earlier, on Mother’s Day of 1988 when Margaret was four years old. Desperate to know what drove her mother’s desire to end her life, Margaret embarks on an immersive journey into the past, to uncover the secrets her family has kept for decades.

Poring over the documentation of her family’s life–including old diary entries, medical records, letters, and even home videos–Margaret pieces together a narrative map to understand what no one likes to talk about: the origins of fractures in a family. And Now I Spill the Family Secrets reveals painful truths about her childhood, her mother’s struggles, her grandmother’s institutionalization, and her brother’s increasingly troubling paranoia and delusions.

Both a coming-of-age story about family dysfunction and a meditation on the challenges of mental illness, And Now I Spill the Family Secrets is raw, funny, poignant, and deeply inspiring in its portrayal of the truths that drive a family apart and bring them back together.

And Now I Spill the Family Secrets features 230 black-and-white illustrations.

Margaret Kimball is an illustrator and writer whose graphic essays have appeared in Ecotone, Black Warrior Review, Copper Nickel, DIAGRAM, and other outlets. Her work has been listed as Notable in Best American Comics and she’s been in residence at both Yaddo and MacDowell artists’ colonies. Her illustrations have appeared in Smithsonian Magazine, Bravery, the Boston Globe, and many major publications. She lives with her family in Indianapolis.

Kristen Radtke is the author of the graphic nonfiction book Imagine Wanting Only This (2017), and the forthcoming books Seek You: A Journey Through American Loneliness (July 2021), for which she received a 2019 Whiting Creative Nonfiction Grant, and Terrible Men, a graphic novel, all from Pantheon.

She is the art director and deputy publisher of The Believer magazine.

Her work has appeared in The New York Times, Marie Claire, The Atlantic, The Guardian, GQ, Vogue, NPR, and many other places.