Join the critically acclaimed journalist and bestselling author, Ellis Cose, as he explores one of the most essential rights in America—free speech—and reveals how it is crumbling under the combined weight of polarization, technology, money and systematized lying in this concise yet powerful and timely book. The conversation will be moderated by Chicago journalist Rick Kogan.

“A concise study of how free speech has changed throughout America’s history… A knowledgeable and timely perspective on the current fraught state of democracy.” –Kirkus Reviews

“In a stunningly original book, Ellis Cose cuts to the very core of free speech battles. Ordinary people are being held captive by ear-splitting political voices while not enough Americans are protecting and being freed by listening to the voices of ordinary people. An abolitionist book for this moment, for this time when free speech slumbers in chains.” —Ibram X. Kendi, National Book Award-winning and #1 New York Times Bestselling Author of How to Be Antiracist and Stamped from the Beginning

Free speech has long been one of American’s most revered freedoms. Yet now, more than ever, free speech is reshaping America’s social and political landscape even as it is coming under attack. Bestselling author and critically acclaimed journalist Ellis Cose wades into the debate to reveal how this Constitutional right has been co-opted by the wealthy and politically corrupt.

It is no coincidence that historically huge disparities in income have occurred at times when moneyed interests increasingly control political dialogue. Over the past four years, Donald Trump’s accusations of “fake news,” the free use of negative language against minority groups, “cancel culture,” and blatant xenophobia have caused Americans to question how far First Amendment protections can—and should—go.

Cose offers an eye-opening wholly original examination of the state of free speech in America today, litigating ideas that touch on every American’s life. Social media meant to bring us closer, has become a widespread disseminator of false information keeping people of differing opinions and political parties at odds. The nation—and world—watches in shock as white nationalism rises, race and gender-based violence spreads, and voter suppression widens. The problem, Cose makes clear, is that ordinary individuals have virtually no voice at all. He looks at the danger of hyper-partisanship and how the discriminatory structures that determine representation in the Senate and the electoral college threaten the very concept of democracy. He argues that the safeguards built into the Constitution to protect free speech and democracy have instead become instruments of suppression by an unfairly empowered political minority.

But we can take our rights back, he reminds us. Analyzing the experiences of other countries, weaving landmark court cases together with a critical look at contemporary applications, and invoking the lessons of history, including the Great Migration, Cose sheds much-needed light on this cornerstone of American culture and offers a clarion call for activism and change.

“Ellis Cose is a strong, brilliant, original writer dealing with the most important issues of our democracy—good and bad speech, the broken electoral college, our awful voter suppression problem, race, and the coronavirus crisis. His writings on divisive issues, past and present, come from a unique perspective. Like Adam Smith’s Wealth of Nations, this book covers a lot of terrain in a wholly original way. Ellis Cose’s voice, with his fears about our future, his suggested solutions, and his assessment of Donald Trump’s damage must be listened to and acted on. But first, his balanced and thoughtful words must be read.”
— Martin Garbus, renowned Supreme Court and First Amendment lawyer who has represented Public Enemy, Lenny Bruce, Don Imus, and Andrei Sakharov; author Courting Disaster: The Supreme Court and the Unmaking of American Law and North of Havana

Ellis Cose is the author of a dozen books on issues of national and international concern, including the best-selling The Rage of a Privileged Class, a novel (The Best Defense), and Democracy, If we Can Keep It, the definitive history of the American Civil Liberties Union. His The Short Life and Curious Death of Free Speech in America will be published in September 2020.

A Chicago native, Cose holds a master’s degree in science, technology and public policy from George Washington University, and lives in New York City. He began his career with the Chicago Sun-Times, where he was a columnist, editor and national correspondent. He has been a contributor and press critic for Time magazine, chief executive officer of the Institute for Journalism Education, chief writer on management and workplace issues for USA Today and a member of the editorial board of the Detroit Free Press. He has held fellowships at the Gannett Center for Media Studies at Columbia University, the University of California, the National Research Council/National Academy of Sciences, and other prestigious institutions.

For 17 years, Cose was a columnist and contributing editor for Newsweek magazine. He is a former chairman of the editorial board and editorial page editor of the New York Daily News as well as an independent radio documentary producer. Cose was the inaugural writer in residence for the ACLU. He has appeared on a range of national and international news programs, including Dateline, ABC News, and Good Morning America. 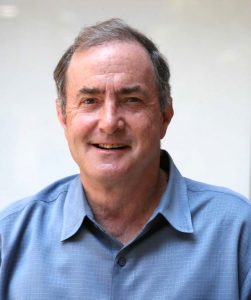 (Chicago Tribune) Born and raised and still living in Chicago, Rick Kogan has worked for the Chicago Daily News, Chicago Sun-Times and Chicago Tribune, where he is currently a senior writer and columnist. Named Chicago’s Best Reporter in 1999 and inducted into the Chicago Journalism Hall of Fame in 2003, he was the creator/host of WGN radio’s Sunday Papers with Rick Kogan and is currently host of The Afternoon Shift on WBEZ. Kogan has been an on-air reporter/critic for WBBM TV and radio, and an Emmy Award-winning contributor for WFLD-TV; and the author of a dozen books, including Everybody Pays: Two Men, One Murder and the Price of Truth (with Maurice Possley), America’s Mom: The Life, Lesson and Legacy of Ann Landers, A Chicago Tavern, the history of the Billy Goat, and Sidewalks I and Sidewalks II, collections of his columns embellished by the work of photographer Charles Osgood.

Look for the Barbara’s Bookstore Scarecrow at the Halloween Scarecrow Scavenger Hunt in Glenview and Get a 15% Discount!

Look for the Barbara’s Bookstore Scarecrow at the Halloween Scarecrow Scavenger Hunt in Glenview and Get a 15% Discount!