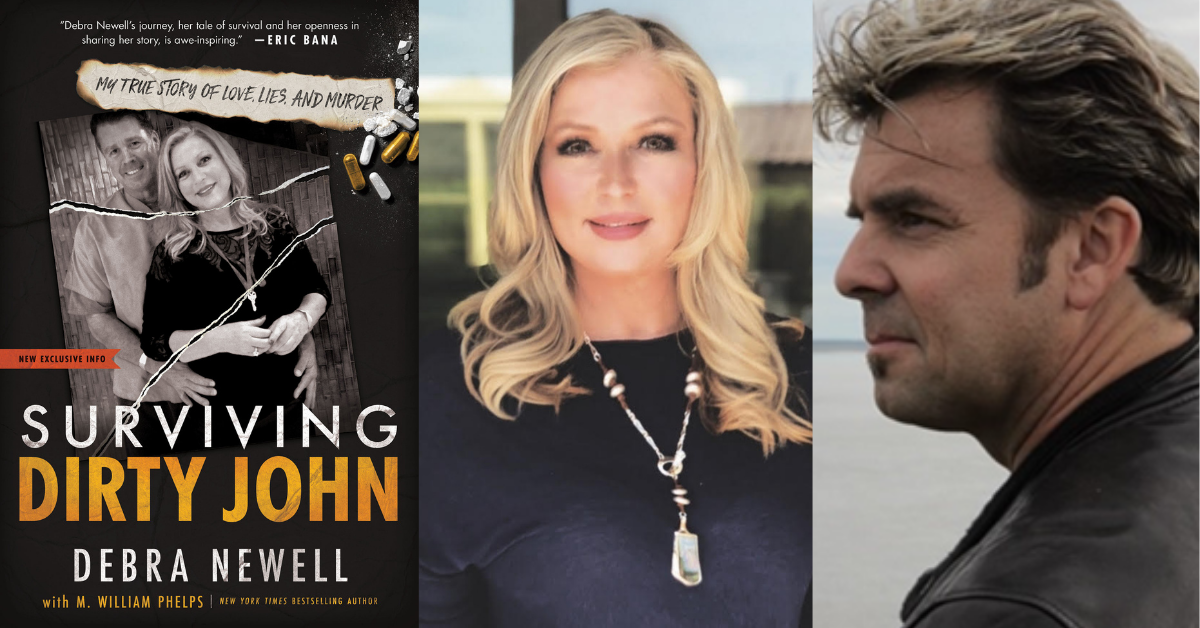 Debra Newell is nothing if not a survivor. By the time she met John Michael Meehan online, she lived through a near-fatal childhood illness, an attempted rape in her 20s, the traumatic death of her sister at the hands of her brother-in[1]law, four failed marriages, and a litany of dating disasters. But despite those tragedies, she seemed to have it all: adoring children, a successful business, a fabulous penthouse apartment. But there was something missing: the blinding, all-consuming love she first read about to occupy her time in her childhood sickbed. And she thought she found it with John Meehan. More than a tabloid-ready true-crime expose, Debra’s story is one of trauma, denial, and deception. But it is also a relatable, inspirational, and hopeful story of forgiveness and, most of all, love. The lengths to which a woman will go to find—and keep—love; the boundaries children and parents cross to protect and save the people they love; the love one must find for oneself; and the ways the illusion of love can be used to manipulate and hurt. Told in Debra’s words with the help of New York Times bestselling author M. William Phelps, this book is filled with exclusive stories about Debra and her family, previously unpublished photos, and the unvarnished, unapologetic, and unbelievable reality of Surviving Dirty John.

Debra Newell is the founder and President of Ambrosia Home, Inc. and the founder and former President of the multi-million dollar company, Ambrosia Interior Design, Inc. Her story was the subject of 2017’s Dirty John, a six-part Los Angeles Times article series and accompanying podcast created by Wondery. The story was adapted into a miniseries, which premiered on Bravo in November 2018 and on Netflix in February 2019. Newell has been featured in People, US Magazine, Harper’s Bazaar, Forbes, The New Yorker, Vulture, Refinery29, P.O.W.E.R. Magazine, and Bustle to name a few. Additionally, Newell has made appearances on Dateline NBC, Dr. Phil, Dr. Oz, Inside Evil with Chris Cuomo, Fox News, and Oxygen’s Dirty John: The Dirty Truth among others.

M. William Phelps is an award-winning investigative journalist, true-crime analyst, serial crime expert, creator/executive producer and host of Investigation Discovery’s Dark Minds (2011–2014). He is the New York Times bestselling author of forty-four nonfiction books and winner of the Excellence in (Investigative) Journalism Award from the Society of Professional Journalists. Phelps has written for numerous publications, including the Providence Journal, Connecticut Magazine, and Hartford Courant. Diversifying his talents, Phelps consulted on the first season of the hit Showtime cable television series Dexter and is a constant presence on crime film sets. In July 2017, Phelps published his definitive seven-year project with Happy Face Killer, Dangerous Ground: My Friendship with a Serial Killer. A two-hour documentary special under Oxygen Network’s “Notorious” brand is set to air in 2021. In August 2020, he released season one of his investigative narrative nonfiction podcast from iHeartRadio focused on four missing Connecticut girls, Paper Ghosts. A major project eleven years in the making, it shot to number one on all the podcasting charts. The second season of Paper Ghosts, along with his hit weekly podcast, both with iHeartRadio, will be released during the summer of 2021. Phelps grew up in East Hartford, Connecticut, and now lives just north of Hartford, in Tolland Count.