Some Mistakes Were Made | Kristin Dwyer

ABOUT MESSAGE NOT FOUND 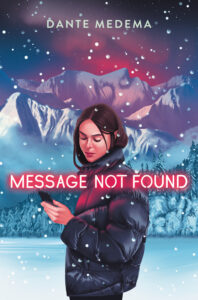 Bailey and Vanessa shared everything: laughter, secrets, and packets of Pop Rocks to ward off bad days. But that all changed the night Vanessa left Bailey’s, headed for home, and ended up swerving off a cliff nowhere near her house. Now Bailey, who thought she knew Vanessa better than anyone in the world, is left with a million unanswered questions, and the only person with answers is gone. To help grieve her loss, Bailey creates a chat bot of Vanessa using years’ worth of their shared text messages and emails.

The more data she uploads to the bot, the more it feels like she’s really talking to her best friend. That is, until the bot starts dropping hints that there was more going on with Vanessa than Bailey realized—a secret so big, it may have contributed to Vanessa’s death. This compelling puzzle of a story, filled with engrossing twists and turns, is written in alternating prose and text message formats. Teens will gobble up this fast-paced page-turner.

ABOUT SOME MISTAKES WERE MADE 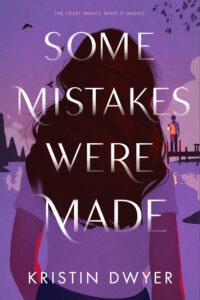 Ellis and Easton have been inseparable since childhood. But when a rash decision throws Ellis’s life–and her relationship with Easton–into chaos, she’s forced to move halfway across the country, far from everything she’s ever known.

Now Ellis hasn’t spoken to Easton in a year, and maybe it’s better that way; maybe eventually the Easton-shaped hole in her heart will heal. But when Easton’s mom invites her home for a visit, Ellis finds herself tangled up in the web of heartache, betrayal, and anger she left behind . . . and with the boy she never stopped loving. 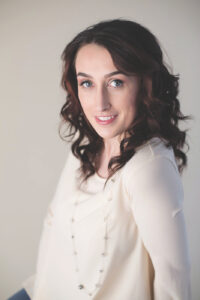 Dante Medema is an author of books for young readers. Her debut novel, The Truth Project was an Indies Introduce title as well as an Indie Next pick, and was nominated for the YALSA Quick Pick for reluctant readers in 2021. In Spring 2021 she sat as the Writer in Residence at Alaska Pacific University where she has previously guest lectured on publishing. Her sophomore novel is set to publish in spring of 2022. Dante has spoken on a variety of subjects at The Alaska Writers Conference between 2018 and 2020, and sat on the board for The Alaska Writers Guild during those same years.

She is an active member of SCBWI Alaska, where she’s presented as a webinar speaker. Dante was a 2020 PitchWars mentor, and is passionate about helping authors meet their goals. She lives in Anchorage, Alaska with her husband, four daughters, two pups, and a room full of alien memorabilia—and books, of course. When she’s not writing, she dabbles in baking, cake decorating, and reading up on enneagram personality types. 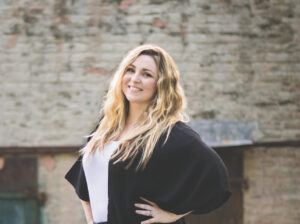 Kristin Dwyer grew up under the California sun and still prays every day for a cloudy sky. When she’s not writing books about people kissing, she and her spouse can be found encouraging their four overly opinionated misfits to get into trouble.

Kristin is a part-time hair model and wants you to know she is full-time TSA PRECHECK, and one time a credible news outlet asked for her opinion on K-pop (it was the best day of her life). Please do not talk to her about your fandom, she will try to join.

REGISTER HERE    BUY BOOK May 4th | 6pm CST  Things Past Telling | Sheila Williams All registrants receive 10% off book purchase with code ‘EVENT’ Unfamiliar with using Crowdcast? Click GUIDE for new attendees.   ABOUT THE BOOK Things Past Telling is a remarkable historical epic that charts one unforgettable woman's journey across an ocean of years as […]

REGISTER HERE    BUY BOOK May 25th | 6pm CST The Answer is You | Alex Amouyel All registrants receive 10% off book purchase with code ‘EVENT’ Unfamiliar with using Crowdcast? Click GUIDE for new attendees.   ABOUT THE BOOK Problem-Solving Requires Innovation, Activism, and You People from all walks of life yearn to do something that adds […]