1 POSTS 0 COMMENTS
Lowell Thompson calls himself a “recovering ad man” and creative catalyst. He was one of the first AfrAmericans hired in the creative department of a leading advertising agency after the assassination of Dr. Martin Luther King, in April 1968. After a 35-year career, he began writing and painting. His first book, ‘WHITE FOLKS’: Seeing America Through Black Eyes” helped spur the White Studies Movement in the mid-1990s. His “African Americans in Chicago” is a history of “black” Chicago, with over 200 photos and covering over 230 years. It is available at Barbara's Bookstore on State Street, in the lower level of Macy's. 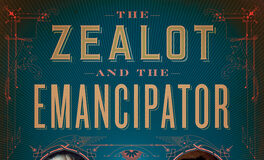