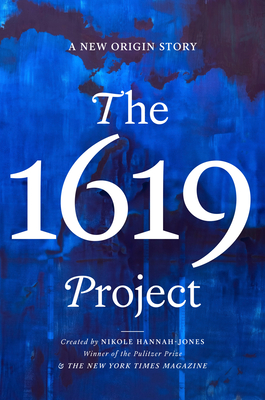 Has a book ever come into the world when at least four other books were already in print attacking it? Admittedly, these broadsides were against earlier incarnations of The New York Times’s 1619 Project, which appeared in this newspaper two years ago, followed by a podcast, public forums, lesson plans for schools and a Pulitzer Prize for the originator, Nikole Hannah-Jones. The project asserted that the full origin story of the United States begins not with the arrival of the Mayflower in 1620, but with that of the White Lion and its cargo of captive Africans in Virginia the year before. This declaration provoked a Twitter firestorm of angry accusations from critics and combative replies from Hannah-Jones. President Trump denounced the project, and lawmakers introduced bills in the U.S. Senate and at least five state legislatures to strip funds from schools that used its curriculum. The appearance now of an expanded version of the project in book form is sure to provoke yet more assaults…Continued 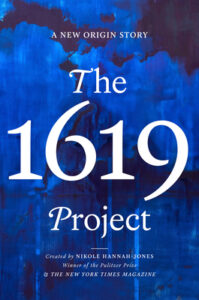 In late August 1619, a ship arrived in the English colony of Virginia bearing a cargo of twenty to thirty enslaved people from Africa. Their arrival led to the barbaric and unprecedented system of American chattel slavery that would last for the next 250 years. This is sometimes referred to as the country’s original sin, but it is more than that: It is the source of so much that still defines the United States.

The 1619 Project: A New Origin Story builds on one of the most consequential journalistic events of recent years: The New York Times Magazine‘s award-winning “1619 Project,” which reframed our understanding of American history by placing slavery and its continuing legacy at the center of our national narrative. This new book substantially expands on the original 1619 Project, weaving together eighteen essays that explore the legacy of slavery in present-day America with thirty-six poems and works of fiction that illuminate key moments of oppression, struggle, and resistance. The essays show how the inheritance of 1619 reaches into every part of contemporary American society, from politics, music, diet, traffic, and citizenship to capitalism, religion, and our democracy itself. This legacy can be seen in the way we tell stories, the way we teach our children, and the way we remember. Together, the elements of the book reveal a new origin story for the United States, one that helps explain not only the persistence of anti-Black racism and inequality in American life today, but also the roots of what makes the country unique.

The book also features a significant elaboration of the original project’s Pulitzer Prize-winning lead essay, by Nikole Hannah-Jones, on how the struggles of Black Americans have expanded democracy for all Americans, as well as two original pieces from Hannah-Jones, one of which makes a profound case for reparative solutions to this legacy of injustice.

This is a book that speaks directly to our current moment, contextualizing the systems of race and caste within which we operate today. It reveals long-glossed-over truths around our nation’s founding and construction–and the way that the legacy of slavery did not end with emancipation, but continues to shape contemporary American life. 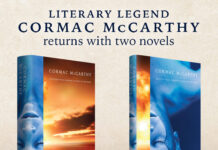